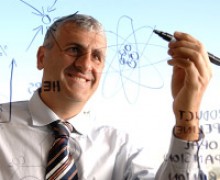 On a recent holiday to Disney World with his family, Aspen Pharmacare CE Stephen Saad wandered into a pharmacy while his children enjoyed the rides.

On a shelf he found Murine Clear Eyes, the eye drops made at Aspen’s Port Elizabeth plant.

“About 2m-3m packs a month are sold around the world but it was good seeing them at Disney World [in the US],” says Saad. “On the box it says ‘made in Port Elizabeth’. I wondered how many customers there knew where Port Elizabeth was; they probably thought it was in England.”

The anecdote illustrates the global reach of Aspen, which has enjoyed phenomenal growth in just under two decades, from a converted house in Durban to a multinational group. It is now the largest pharmaceutical company in the southern hemisphere and the ninth-largest generics company in the world .

In Africa, it is the largest pharmaceuticals firm by sales, market share, presence in different countries, turnover, market capitalisation and production, and the biggest supplier of antiretroviral drugs.

Aspen is attractive as a rand-hedge investment, because 63% of its operating profit comes from outside SA. Plans are in place to enter new territories and expand further.

It supplies branded and generic pharmaceuticals to more than 150 countries, has 23 manufacturing facilities at 17 sites on six continents and employs more than 6000 people .

Aspen is one of the more expensive shares on the JSE because the price:earnings multiple is 33,81 times. But the forward p:e is 30,54 times, which means investors expect the company, and share price, to continue doing as well as it has historically.

It’s also widely held in institutional investor portfolios. And it has the attractions of consistently high growth in profits, which supports share price growth, as well as steady demand for its products, such as treatments for chronic diseases.

Behind this group is a remarkable story of humble beginnings in a house converted into an office, at 94 Fourth Ave in Greyville, a middle-class Durban suburb.

The group’s impressive international expansion is based on a formula learnt in the early days: to start small and then grow.

“Even now, in new countries for us such as Russia, we move in small, start small, often in rented premises, and grow from there. That’s the way we have done it over and over again.”

Saad says much of the group’s success is due to the teams he has working for him in SA and the rest of the world. “There’s a basic value system we drive in the business. We give ownership and trust to our people and let them make lots of the decisions. That’s probably the biggest aspect to Aspen’s success.”

That may well be, but a large part of the success comes from Saad and his deputy and long-time colleague, Gus Attridge. Their relationship pre dates Aspen.

Saad’s first job in 1989 was at a start-up, Quickmed CC, a small medical wholesale business working mainly in black townships around Durban. It later merged with Zurich, which in 1993 was bought by Prempharm (now Adcock Ingram) for R75m. Saad, at the age of 29, made R20m on the deal.

Later that year he teamed up with Attridge and they bought a stake in Varsity College, which was struggling at the time. They turned the educational business around, partly through some innovative marketing in which they offered students their money back if they did not pass, as long as they had attended all their lectures.

That was an early example of what was to become the hallmark for Aspen deals. “We identify companies that we know we can run better and make money out of. That’s been the motive behind many of our deals,” Saad says.

The stake in Varsity College was sold in 1997 to LeisureNet for R100m. Saad and Attridge had paid R1,5m for it.

Two LeisureNet executives were later convicted on fraud charges, but that scandal did not touch Saad and Attridge.

Attridge says: “We had some concerns about the two LeisureNet directors we were dealing with. But we monitored it closely and the transaction went through fine.” With the money they made on the Varsity College deal they established and launched Aspen later that year. Both attended the same university, the University of Natal, but met only later. “I was at university earlier than Stephen; I’m older than him. I think we met playing club rugby against each other,” Attridge says.

What was then called Aspen Healthcare began trading in 1997 and the following year listed on the JSE through a reverse listing into Medhold.

But 1999 proved to be the big year for Aspen, when it bought a major pharmaceutical company, SA Druggists (SAD), for R2,4bn in a hostile takeover. “Without a doubt, in retrospect, SAD was the highest-risk deal we did,” Saad says. “We were confident at the time but if it had gone wrong, we would have lost everything and it would have been the end of Aspen.”

Investec was instrumental in the SAD deal, lending Aspen R880m. Saad recalls the conversations with Investec founder and CEO Stephen Koseff. “He used to phone me every day. At the beginning he said, ‘Listen Uncle, you know about pharmaceuticals. You’re the jockey.’”

Koseff recalls the conversations, too. “SAD was the big one. We helped put Stephen on the map. I told him our expectation was that he must run the business; he knew the game. It has been a very good, long-term relationship, one of the major success stories in my 33 years in business. Aspen is a great client.”

With SAD came a part of the old Lennon business, what Attridge calls “a pioneer in generics”, which started operations at one of SA’s first pharmaceutical manufacturing plants, in Port Elizabeth in 1850. Before that, most pharmaceutical products were imported into SA, mainly from the UK. The plant in Port Elizabeth, upgraded and expanded over the years, is still a major manufacturing site for Aspen. One of the products it makes is the eye drops that Saad found at the Disney World pharmacy.

With SAD bedded down, several large acquisitions followed, many overseas.

Though it is a multinational outfit, the head office remains in Durban with a few hundred people working there.

An old journalist’s technique for summing up the character of a company is to take a look at the vehicles in the staff parking lot. Aspen’s parking says a lot about the company. The row reserved for the top executives had a few Mercedes-Benzes, SUVs, and an Audi. The general parking had a few hundred cars, mostly modest ones but all fairly new. The vehicle that perhaps best sums up Aspen was a newish Land Rover Discovery with a mountain bike attached to the back – newish, modest, with an eye on sport and health.

Indeed, Saad embodies the modest, approachable CEO who knows how to get the appropriate results – in and outside the boardroom.

He is chairman of The Sharks rugby team, a role he clearly relishes but one which comes with much stress.

“I came in at a horrible time. Coaches had been fired so I got involved and brought back John Smit [as CEO]. The reason I took the position was that I love watching rugby, but after watching The Sharks lose three finals in a row, I couldn’t watch the game any more.”

But there has been a turnaround and the team won the Currie Cup against old rivals Western Province.

“Now I’m happy with The Sharks. But it can be a problem. All the supporters feel they own The Sharks; they have a view. I get asked questions like, ‘Why are you playing Y, why didn’t you select X?’ I get cornered at every turn,” he says.

Saad’s relationship with the late former president Nelson Mandela has been honoured in the social responsibility projects Aspen supports. At least 36 projects in 15 countries on six continents were undertaken by Aspen staff to mark Mandela Day last year.

A question that has fascinated Aspen watchers for a long time is why its head office is still in Durban, instead of Gauteng, where most of the global companies are based. Is it because Saad enjoys living there? His answer is a simple “yes”.