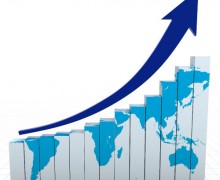 Stephen Saad, Aspen Group Chief Executive said, “The business delivered pleasing returns with the International business leading the Group’s growth with significant advances in revenue and profits through a combination of organic growth and the contribution of completed acquisitions. This momentum is expected to continue as Aspen further extends its emerging market presence to the Commonwealth of Independent States (“CIS”) comprising Russia and the former Soviet Republics, to Central and Eastern Europe (“CEE”) as well as adding to its existing business in Asia and Latin America.”

Aspen has recently undertaken extensive corporate activity which will transform the Group. The following is the status of the material transactions involved:

In the South African business, revenue improved by 8% to R3.8 billion and operating profit before amortisation, adjusted for specific non-trading items (“EBITA”) was unchanged at almost R1.0 billion.

Revenue in the Pharmaceutical division advanced 7% to R3.2 billion. In the private sector, double digit percentage growth in revenue was delivered through a combination of solid organic growth and the contribution from new product launches. Aspen grew ahead of the market in all segments of the private sector. In the public sector, significantly reduced prices for antiretrovirals (“ARVs”) and a reduced share of the ARV tender gave rise to revenue contraction which limited the overall performance of the Pharmaceutical division. The decrease in ARV prices, the continued weakening of the Rand and rising inflation in administered costs caused a reduction in margin percentages despite gains achieved in production efficiency and procurement.

The Consumer division raised revenue by 14% which was a positive outcome given the economic pressures at play in the retail sector.

The Group continued to invest in capital expansion projects to enhance production capacities and capabilities in South Africa. The two major projects underway are the extension of production facilities at Fine Chemicals Corporation in Cape Town which will allow this site to contribute meaningfully to Aspen’s expanded API activities, and the building of the high containment suite in Port Elizabeth which will further strengthen the Group’s strategic manufacturing capabilities.

The region’s record of unbroken growth since inception in 2001 was extended with a rise of 27% in revenue to R4.3 billion supported by products added as a consequence of acquisitions by the Group in the previous financial year. EBITA was up by 4% to almost R1.0 billion as most of the products added to the portfolio were at the lower margins available for distribution services and the ongoing mandated price cuts in Australia weighed on profits. The margin percentage contraction was cushioned by savings achieved in the cost of goods and through a reduction in rebates paid. In Asia, Aspen’s newly established businesses in the Philippines, Malaysia and Taiwan made impressive advances albeit off a low base. Sales to customers in Asian countries increased by 22% to R311 million.

The International business led growth in the Group with revenue increasing 94% to R3.4 billion and EBITA rising 79% to R1.1 billion. The acquisition of the API business from MSD effective 1 October 2013 and the completion of the infant nutritional transaction with Nestlé effective 28 October 2013 together added R1.3 billion to revenue at low margins, boosting the sales growth and lowering overall margin percentages. These deals were also influencing factors in the rise in sales to customers in the Latin American (up 60% to R1.2 billion) and Rest of World (up 147% to R2.2 billion) territories. The global brands portfolio was an important driver of the growth achieved in the International business and the margin improvement projects for these products continued to yield favourable outcomes. Contributions from certain territories in this business have also benefitted from relative currency strength against the Rand.

In Sub Saharan Africa gross revenue advanced by 41% to R1.4 billion while EBITA climbed 53% to R0.2 billion as the good momentum achieved in the second half of the prior year was maintained.

The completion of the recent transactions with MSD and GSK will propel growth, expanding the global brands portfolio with the addition of established products which have strong market acceptance and widening Aspen’s geographic reach. These transactions have enabled Aspen to establish its own business units in Russia and across Europe as well as extending its influence in Latin America and Asia. The Group’s presence in Latin America has been further supported by the infant nutritional transaction with Nestlé which has facilitated the establishment of Aspen business units in Colombia, Chile, Peru, Ecuador and Central America.

The International business is the largest beneficiary of the recent transactions and is set to become the Group’s leading contributor to revenue and EBITA, adding further momentum to the impressive growth achieved by this region in the past 6 months. Several margin improvement projects are underway aimed at improving competitiveness and profitability of the global brands portfolio. Plans are well underway in developing a turnaround strategy for the infant nutritional business in Latin America, and the benefits are likely to be felt in future years.

The largest contributor in the Asia Pacific territory, Australia, faces challenges in the absence of market growth drivers and the ongoing mandated price reduction programme. Under these circumstances, Aspen management is focused on performance optimisation and reductions in the cost of goods. The regional leadership team is placing significant focus on the development of the business in Asia, with Japan having been identified as an area for specific attention.

In South Africa, the Group expects to continue to perform well in the private sector supported by strong sales and marketing teams. Ongoing organic growth and regular new product launches will underpin Aspen’s leadership position in this sector. Public sector results will be dictated by state demand which can be difficult to predict. The 5.82% increase in the single exit price by the Department of Health will not be sufficient to absorb the effects of the weaker Rand on the cost of imports and domestic wage and energy cost inflation. The Consumer division is expected to continue its recovery despite the difficult economic environment and the recently completed infant nutritional transaction with Nestlé will provide added impetus.

Sub Saharan Africa should continue to advance favourably provided political instability does not interfere with performance in any of the material territories.

The second half will benefit considerably from the implementation of the recent acquisitions. High levels of attention are being given to the operationalisation of the acquired businesses. Plans are being implemented in the pursuit of opportunities to achieve greater market penetration with the expanded global brands portfolio and in the realisation of improved production efficiencies which should enhance results in future years. Debt levels in the Group are high, but gearing is expected to decline steadily due to the strong operational cash flows inherent in Aspen’s business model.