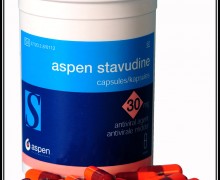 Following the announcement of the Anti-Retroviral (ARV) Tender results by the South African National Treasury Department, Aspen Pharmacare Holdings Limited is pleased to announce that its South African operating company (Pharmacare Limited t/a Aspen Pharmacare) has been successful in winning a number of key products in the tender Aspen’s award included 25% of the Fixed Dose Combination (FDC) containing Tenofovir, Emtracitibine and Efavirenz, which will be used to treat upwards of 80% of 1st line adult treatment, in spite of strong competition. The tender is effective for a period of three years, commencing 1 April 2015.

Aspen secured R2,7 billion or approximately 20% of the awarded tender value based upon expected future demand as published in the invitation to tender. The tender value is estimated to be approximately R14 billion over 3 years. The South African ARV Tender is the largest of its kind in the world. Aspen has been a leading supplier to this tender since inception of the programme, providing a consistent and reliable supply of high-quality ARV products to the State.

Aspen was awarded a share of the following products:

These tender results again confirm Aspen’s reputation for cost competitiveness against both local and foreign suppliers. Aspen’s range of ARV’s are produced at its world-class manufacturing facilities in Port Elizabeth, South Africa. This has resulted in unlocking capacity to accommodate growing demand from Aspen’s domestic and foreign territories and also contributed towards further optimizing manufacturing efficiencies.