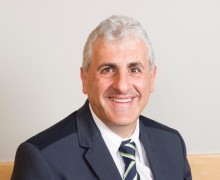 Johannesburg – JSE Limited listed Aspen Pharmacare Holdings Limited (APN), the fifth largest generic company in the world, has announced stellar results for the six months ended 31 December 2014, which have primarily been driven by its offshore businesses.

Stephen Saad, Aspen Group Chief Executive said, “We are pleased with the Group’s excellent performance. These results were underpinned by the expansion of our International business, which now contributes 46% to the Group’s gross revenue. The Nutritionals products have also made an increased contribution to the Group..”

“The global pharmaceutical industry is experiencing a prevalence of restructuring and consolidation, which creates acquisitive opportunities. Aspen is well placed to participate in these and its proven capability to successfully execute complex multi-territory transactions makes Aspen a strong candidate for such opportunities,” said Saad

Revenue in the International business was 158% higher at R8.8 billion and performance was boosted by the inclusion of the significant transactions completed during the previous financial year.

Revenue in Latin America advanced 118% to R2.6 billion, largely driven by the recent infant milk formula acquisition, while sales to customers in the Rest of the World were up 36% to R0.9 billion.

Capital expenditure projects are continuing at Aspen Oss in the Netherlands and at the French-based Aspen Notre Dame de Bondeville site.

Revenue in the Asia Pacific region was 3% higher at R4.4 billion where the Nutritionals products led the way with strong double-digit growth. Sales to customers in Asia continued on an impressive growth trajectory, doubling to R0.6 billion.

As the ongoing leading pharmaceutical manufacturer in the country, revenue in the South African business grew by 12% to R4.3 billion. Private sector pharmaceutical sales increased 10% through a combination of organic growth and new product launches. Sales in the public sector were flat. The consumer division raised revenue by 30%, led by the Nutritionals products with Infacare achieving an increase in its share of this category.

We may make statements that are not historical facts and relate to analyses and other information based on forecasts of future results and estimates of amounts not yet determinable. These are forward looking statements as defined in the U.S. Private Securities Litigation Reform Act of 1995. Words such as “believe”, “anticipate”, “expect”, “intend”, “seek”, “will”, “plan”, “indicate, “could”, “may”, “endeavor”, “prospects” and “project” and similar expressions are intended to identify such forward looking statements, but are not the exclusive means of identifying such statements. By their very nature, forward looking statements involve inherent risks and uncertainties, both general and specific, and there are risks that predictions, forecasts, projections and other forward looking statements will not be achieved. If one or more of these risks materialize, or should underlying assumptions prove incorrect, actual results may be very different from those anticipated. The factors that could cause our actual results to differ materially from the plans, objectives, expectations, estimates and intentions expressed in such forward looking statements are discussed in each year’s annual report. Forward looking statements apply only as of the date on which they are made, and we do not undertake other than in terms of the Listings Requirements of the JSE Limited, any obligation to update or revise any of them, whether as a result of new information, future events or otherwise. All profit forecasts published in this report are unaudited.