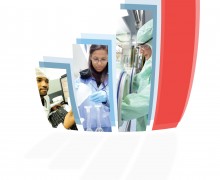 Stephen Saad, Aspen Group Chief Executive said, “The Board is pleased with the Group’s performance, particularly that of the International business which was the most significant growth driver and the largest business segment contributor to revenue and to operating profit.  Accelerated revenue from Latin America bodes well for that region while Asia remains an important growth territory. The South African business continues to retain its position as the leading pharmaceutical company in the private and public sectors of this market, and Sub-Saharan Africa also delivered a pleasing performance.”

A number of significant transactions were completed during the financial year and were influential in the performance of the Group.  These transactions have created important new opportunities for Aspen in both product offering and geographic coverage.  The key terms of these transactions are set out below:

With effect from 1 January 2014 Aspen introduced a specialised sales and marketing team into Europe and the Commonwealth of Independent States (formerly the Soviet Union) (“CIS”) for the first time. Aspen now has a substantial footprint across Europe and the CIS with more than 400 active sales and marketing focused personnel in 18 countries, the majority of whom transferred from GSK in terms of the arrangements under the acquisition of Arixtra and Fraxiparine.

Revenue from customers in Europe CIS was over 5 times greater than the prior year at R7.2 billion.  Of this amount, R4.0 billion was derived from sales of finished dose form pharmaceuticals to healthcare providers and the major portion of the balance was from sales of APIs.

There was also a strong acceleration of revenue from customers in Latin America where sales climbed 122% to R3.5 billion.  The acquisitions made by the Group accounted for the largest portion of this increase despite some supply issues, supported by good performances in Mexico and Venezuela.

In the Rest of the World, sales to customers were up 181% to R1.7 billion influenced by an increased exposure to the US resulting from the acquisitions concluded during the year and by positive progress in the Middle East North Africa territory.

Significant activity has been undertaken at the Aspen Oss API manufacturing site and also at the Aspen NDB specialist sterile manufacturing site.  At both of these sites it has been necessary to disentangle the manufacturing operations from the systems of the vendors.  Capital expenditure projects are also ongoing at both these sites.  At Aspen Oss, improvements to the safety profile of the site are receiving urgent attention and at Aspen NDB, additional capacity is being added with the construction of an entirely new production area.

On 10 September 2014, Aspen Global Incorporated (“AGI”) entered into an agreement with Mylan Ireland Limited (“Mylan”) in terms of which AGI will dispose of its rights to commercialise the fondaparinux products it recently acquired from GSK (being Arixtra and the authorised generic thereof) in the United States (“US”) to Mylan. AGI will also enter into a supply agreement to supply these fondaparinux products to Mylan on specified terms.  The transaction will complete upon the satisfaction of certain conditions precedent, including regulatory approvals.  Mylan will pay Aspen USD 225 million upon completion of the transaction. An additional USD 75 million will be held in escrow and released upon satisfaction of certain conditions.  AGI took the decision to enter into this transaction as a consequence of the Group’s current absence of sales representatives in the US which prevents it from being able to optimise the commercial performance of the fondaparinux products in that country.  AGI has retained all of its remaining rights to the intellectual property and to the commercialisation of Arixtra worldwide other than in the US.

Revenue in the Asia Pacific region increased 12% to R8.5 billion, assisted by a full-year of contribution from the pharmaceutical and infant nutritional products acquired in the prior year, good performances from the recently established companies in South East Asia and a favourable relative exchange rate.  EBITA at R1.9 billion was only 3% higher due to lower margins from the products acquired in the prior year for which the Asia Pacific region is the distributor.  Legislated price cuts in Australia were largely offset by cost of goods savings, pricing strategies and the reduction of discounts.

Revenue increased 6% in local currency terms in Australia.  Additional revenue was driven by distribution of products from recent acquisitions made in the Group.  Sales of Aspen-owned products in the pre-existing portfolio were slightly up on the prior year in AUD while there were reductions in co-marketing revenue and sales of licensed products.  The Group is seeking to limit co-marketing and licensed product activities as part of a strategy aimed at achieving greater focus on adding value to Aspen’s own higher margin brands.

Asia is a target growth territory for Aspen.  Revenue to customers in this territory improved 63% to R923 million.  Revenue from products distributed on behalf of Aspen in Japan as well as by the Philippines, Malaysian and Taiwan business units increased significantly.

The South African business raised revenue 1% to R7.4 billion.  Aspen’s private sector pharmaceutical sales grew at 9%, maintaining the Group’s leadership position.  The consumer division performed well, particularly as there has been diminishing consumer spending, with revenue rising 12% to R1.3 billion through organic growth and the bolstering of the infant nutritional offering following completion of the transaction with Nestlé.  However, in the public sector, revenue contracted due to a combination of lower antiretroviral (“ARV”) prices under the most recent tender award, sharply lower ARV volumes in the second half of the financial year as the Department of Health (“DoH”) amended its procurement plans and a decline in revenue from other public sector tenders.

EBITA was unfavourably affected by the weakening of the Rand, which added to the cost of goods.  The single exit price increase of 5.82% granted by the DoH which was implemented in March 2014 has proven insufficient to counteract the currency weakness as well as wage and energy cost inflation.  These input pricing pressures, together with the negative effect of the lower value and volumes under the ARV tender were influential in an 8% reduction in EBITA of the South African business to R1.8 billion.

Expansionary capital expenditure projects are ongoing at the Port Elizabeth finished dosage form manufacturing site and the Cape Town API manufacturing site.  In Port Elizabeth, the construction of a high containment facility is well progressed and the addition of further specialist sterile manufacturing capabilities has commenced.  Once operational, the specialist sterile facility now under construction will provide enhanced security of supply for Arixtra and Fraxiparine as an alternate manufacturing source to Aspen NDB. In Cape Town, the upgrade and enlargement of the Fine Chemicals facilities to integrate with the Group’s API plans is proceeding.

In Sub-Saharan Africa, solid organic growth by all parts of the business supported an increase in gross revenue of 32% to R2.7 billion and a gain in EBITA of 32% to R334 million.

The significant transactions, which Aspen has recently concluded, are expected to contribute new and important growth drivers, which will add momentum to the Group’s performance in the years ahead.   Anti-coagulants and products in related therapeutic areas are a focus area.  There are opportunities to grow Arixtra and Fraxiparine, particularly in emerging markets, and to extend the number of territories where Orgaran is marketed once unconstrained supply of API is secured.  The project undertaken to tackle this limitation is progressing positively. Initiatives are also underway to lower the cost of goods of these products in the future, targeting gains in efficiency and procurement in finished dose form production at Aspen NDB as well as by lowering the cost of the heparin API used in Fraxiparine which is produced at Aspen Oss.

Assessment of the product portfolio is ongoing to ensure that the Group invests resources in areas that are likely to achieve the best medium term outcomes for stakeholders.  This has resulted in a rationalisation of the product pipeline and disposals of intellectual property and commercialisation rights in the Asia Pacific and International regions over the past year.

The greatest portion of revenue and profits attributable to the recent significant transactions falls into the International segment and consequently this area is expected to show strong growth in the year ahead.  These transactions have facilitated a substantial increase in Aspen’s footprint with several new business units established across Europe, the CIS and in Latin America in the past year.  Organic growth prospects for this region are strongest in the emerging markets of Latin America, Russia and Eastern Europe.  The disposal of the fondaparinux products to Mylan for the US will clearly lead to the termination of the related revenue and profits.

A decline in revenue and EBITA in the Asia Pacific segment is anticipated in the next year due to the disposal of certain non-core products in the current year and the impending exit from license arrangements.  This is aligned with the Group strategy to narrow and intensify promotional support on owned brands.

In South Africa the business is expected to deliver solid organic growth with the Pharmaceutical division retaining its position as the leader in both the private and public sectors.  Performance will be influenced by the extent and direction of fluctuations in the value of the Rand, the quantum of the single exit price increase granted in 2015 and the outcome of proposed changes to legislation.  Aspen has remained the largest supplier of tablets and capsules to the public sector under the recently awarded oral solid dose tender.  The ARV tender is due for renewal in the second half of Aspen’s 2015 financial year.  Prospects for the Group for this tender will be better understood once the requirements are published.  The Consumer division is expected to maintain its favourable progress.

During the 2015 financial year, progress should be achieved in respect of the multiple initiatives flowing from the significant transactions recently completed.  The benefits of these transactions was reflected in the second half performance of the past year and 2015 will be the first full year of operation for a number of newly established business units.  Performance will be influenced by organic growth achieved and by reductions arising from disposals.

The resultant strong operational cash flows inherent in the Aspen business model will be deployed to reduce gearing and to pursue identified new growth opportunities, as appropriate.