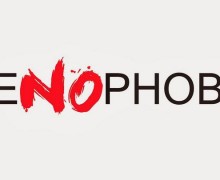 Durban – Aspen, largest producer and supplier of medicines to our African continent, in the strongest terms condemns the shameful and senseless harassment and violence directed at fellow African migrants, in KwaZulu Natal, Alexandra and other parts of our country.

At this time we join many millions in our country, our continent and indeed around the world in conveying our heartfelt condolences to the families of those who lost their loved ones. Our thoughts also go out to those who have lost property and belongings and have subsequently been displaced to camps and other locations around our country.

Accordingly Aspen was a leading part of the consultative stakeholder meeting on migrant Xenophobia convened by President Zuma and the Government of the Republic at the end of this week. At this meeting, some of Aspen’s proposals on addressing our country’s growing drug and substance abuse, one of the root causes identified by our Government of the problem was highlighted. To this end, Aspen will continue working with our Government and other civic organisations in assisting those who have been displaced and lost their belongings. On this basis, Aspen has made available a donation to enable procurement of much needed medicines for the camps, in order to contain the outbreak of diseases that has the potential to intensify this human tragedy.

Furthermore, Aspen has undertaken together with other stakeholders, including Government, the sporting fraternity to co-ordinate a symbolic friendly soccer match, in which various leaders and both African and South African soccer legends will unite and send a strong message against Xenophobia. The aim is to host this match in Alexandra, the site of the senseless murder of Mozambican national Ernest Sithole, who died wearing a Bafana Bafana wrist band.

Legally based African migrants are an integral part of our society and constitute a key part of the diversity that is the unique tapestry of our country. Those African migrants contribute much needed skills and intellectual capital to our economy. We acknowledge their contribution and call on all South Africans, the overwhelming majority of whom condemn Xenophobia to work together to re-establish an environment of tolerance, where all communities co-exist in peace and harmony. We must ensure these attacks are never repeated again.

In closing, we call on all South Africans to support efforts at condemning Xenophobia, upholding the rule of Law and accelerating economic transformation and reducing inequality, all important aspects in ensuring an end to these deplorable attacks.